Berlin. E-mobility is accelerating and model diversity is increasing. The challenge is to further increase the customer benefits of e-cars and to minimize their CO2 balance sheet. The engineering specialist IAV has designed a modular platform that makes the development of electric drives in the fleet faster, cheaper and more sustainable – from small cars to light commercial vehicles.

“Platforms are a key to mastering a variety of variants and to reduce development time and, in particular, product costs through economies of scale,” says Erik Schneider, Head of E-traction & Hybrid Drivetrain at IAV.

The E-drive train platform developed by the Berlin engineering specialist IAV enables a wide variety of variants for all vehicle segments and their drive topologies through the combination of scalable and modular systems, such as battery and electric machine.

The platform covers a power spectrum of 100 to 440 kW, battery capacities of 27 to 115 kWh and voltage levels of 400 and 800 volts, and allows for the use of silicon (Si) and silicon carbide (SiC). From the point of view of technology openness, there are numerous additional functions, such as four-wheel drive and torque vectoring which are added to increase the vehicle’s dynamic response.

In total, IAV has generated and evaluated approximately 24 million technically feasible powertrain variants virtually. The main systems battery, electric machine, inverter and transmission were systematically varied and combined by means of simulation tools such as the IAV drive train synthesis.

«With the modular E-kit, we cover the requirements of the entire fleet we defined. We can also vary from low-cost solution to high-performance version in vehicle classes, for example, in the SUV.» 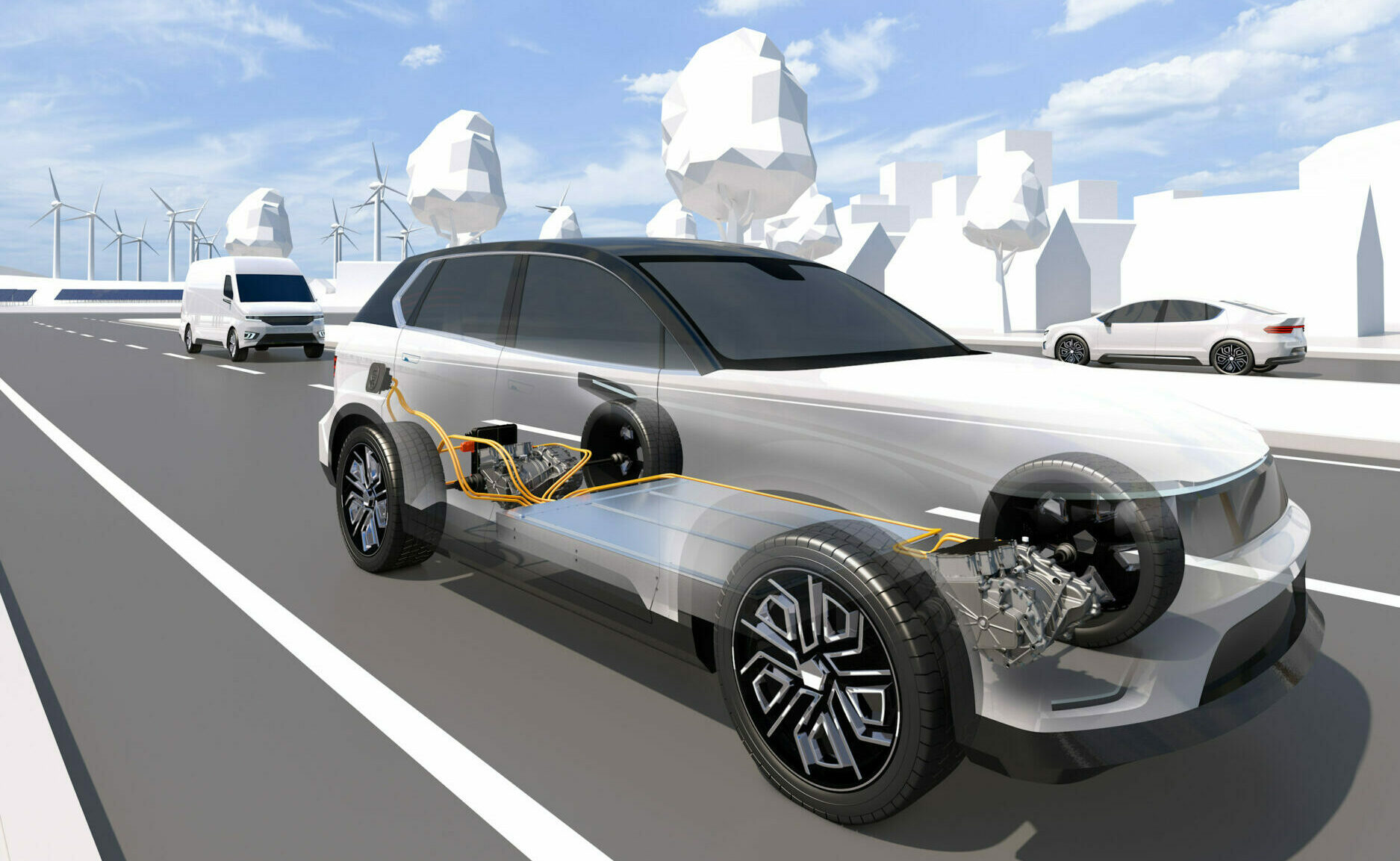 IAV attaches particular importance to the topic of sustainability. Based on a full life cycle analysis, IAV has developed a special eco-design for the battery platform. This is an extremely resource-saving solution that contributes to the fact that less CO2 are emitted in battery production through better material selection, connection technology, disassembly and recycling than in the production of conventional power stores.

«Affordability and sustainability are two of the biggest challenges for e-mobility. The consistent implementation of platforms in eco-design can make e-mobility more affordable and sustainable.»

IAV already uses the E-drive train platform in various projects with customers who are either interested in subsystems or require solutions for complete E-powertrains. In addition, a specialist article in the ATZ published by Springer Fachmedien München GmbH currently describes the platform and its modular individual systems in greater detail.