AI-controlled race without drivers at CES 2022 with IAV sponsorship

Las Vegas. Nine AI-controlled racing cars are lined up to start the first direct AI-led car race in Las Vegas. IAV supports the team of the TU Munich as sponsor. The „Autonomous Challenge @ CES” will take place on Friday at one of the largest international technology fairs at the Las Vegas Motor Speedway.

It is expected that nine teams from 19 universities from eight countries will be present when the software-controlled racing cars will be launched at 12:00 local time (21:00 CET). After numerous companies such as IAV canceled their participation in CES 2022 due to pandemic conditions, the car race without drivers is one of the highlights of the shortened technology show.

With this sponsorship, IAV supports the team “Autonomous Motorsport” of the TU Munich. It was only in October that the TUM crew won the Indy Autonomous Challenge (IAC), a prize competition for programming autonomous racing cars on the Formula 1 track in Indianapolis among nine research teams. The fastest lap time gave the crew $1 million in prize money. 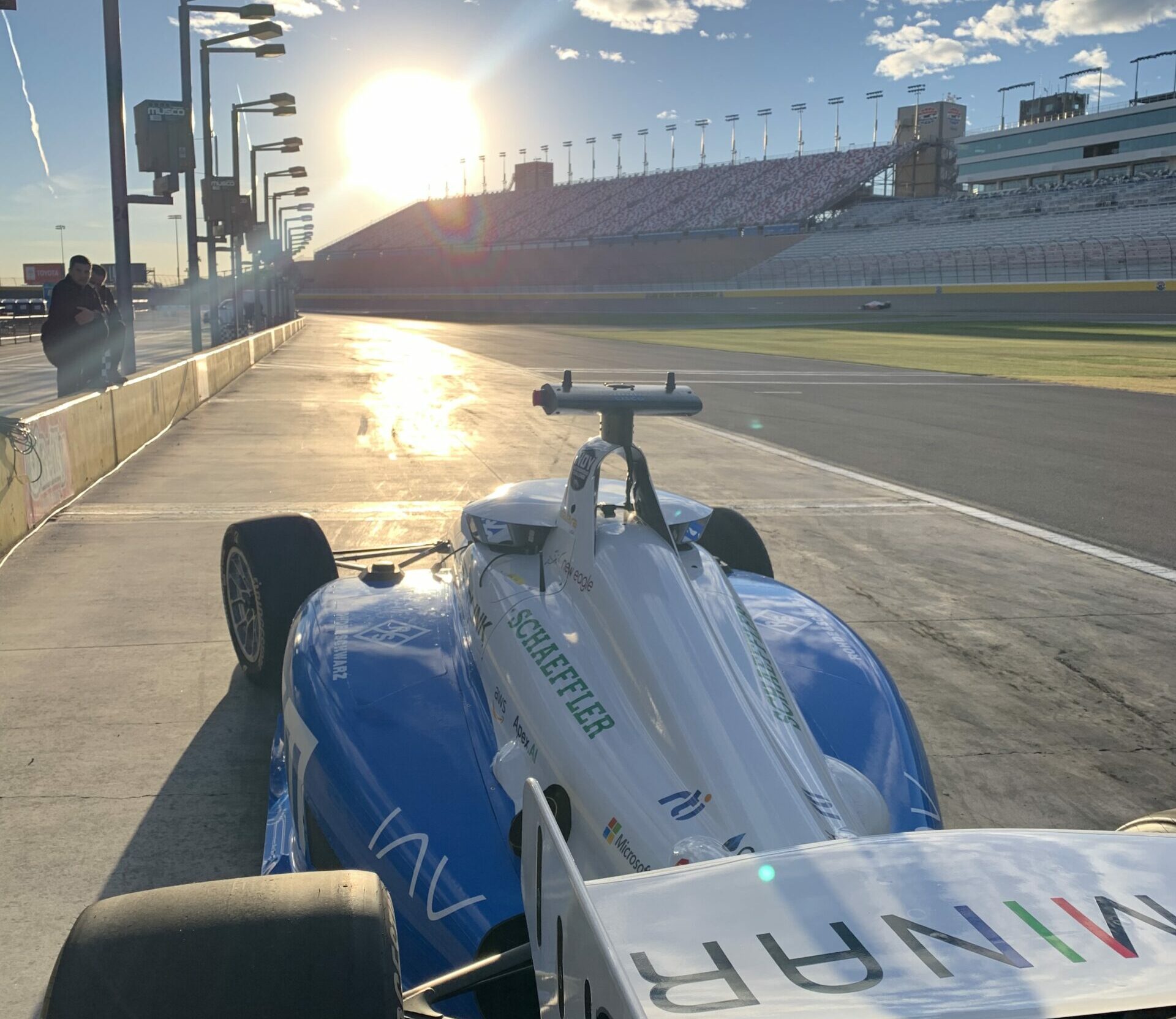 Friday’s race is one level higher. For the first time, the autonomously controlled racing cars compete directly against each other and are free to overtake – a new test case equally for technology and developers.

The racing vehicle used by all teams is the IAC Dallara AV-21. The model of the TUM crew was equipped with the new IAV company logo in time.
The competition in Las Vegas is part of the IAC. The goal of the IAC, which is directed by the non-profit Energy Systems Network, is to promote the development of autonomous technologies such as advanced driver assistance systems and to further increase the safety and performance of the vehicles.