The Heat Goes On: Return to HafenCity

Berlin. The autonomous minibus is now on full test track. The research and development project is thus on the home stretch. Preparations for passenger trips in late summer are already underway. 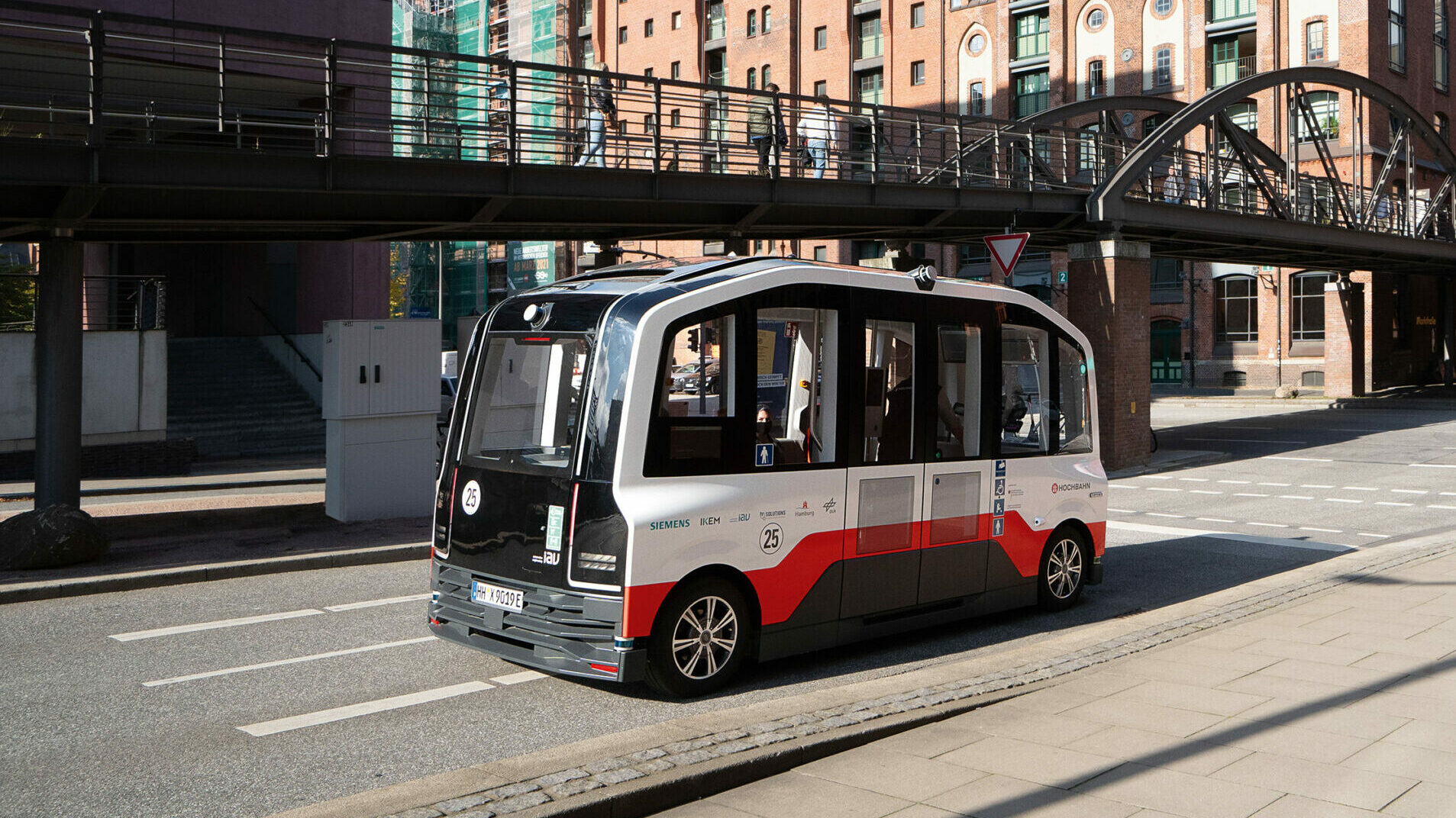 After a three-month pit stop, HEAT is back in HafenCity on schedule. As of now, the autonomous minibus is on the road on the complete test route of 1.8 kilometers in length. At speeds of up to 25 km/h, the vehicle is now completing test runs in preparation for the next passenger service in late summer.

Henrik Falk, CEO Hamburger Hochbahn AG: “It is already clear that HEAT is a great success. For the first time, an autonomous shuttle is on the road under real traffic conditions in the middle of a German metropolis – and can be experienced by a wide audience. It’s precisely real-world tests like this that give the research field the boost it needs.”

Despite the pandemic, the project, which is unique in this form, could be implemented almost unhindered. The primary goal of the research and development project is to answer the question of whether autonomous minibuses are suitable and accepted for use in public transportation. This is the first time that roadside infrastructure has communicated with the automated shuttle in a trial operation and provided it with important information about the environment. The integration of a transport company’s control center is also a first in Germany.

«Over the winter months, we gave the shuttle's AD technology a comprehensive update. The sensors were brought up to the latest state of the art and an additional lidar sensor was installed. As a result, the shuttle is now ideally equipped to independently change lanes, turn left and cross intersections on the extended, multi-lane test route.»

Other innovations include an improved operating and display instrument for the vehicle attendants as well as further developed headlights and taillights for an even more striking appearance.

At the same time, the Siemens Mobility project team pressed ahead with the development of the roadside infrastructure and the control center in order to meet the innovative concept of an autonomously driving shuttle in these areas as well. As the test route was extended, new infrastructure superstructures were also put into operation at various key points in cooperation with the city of Hamburg.

Close-knit surveys have already yielded initial findings on the acceptance of autonomous driving. After all, the one-month passenger operation last year met with great interest: Despite pandemic-related restrictions, there were almost 600 passengers and nearly 5,000 interested website visitors.

The final milestone of the research and development project is passenger operation on the complete test route in late summer. The vehicle will then autonomously complete the circuit, including five stops with passengers, and a vehicle attendant will remain on board for safety until the ITS World Congress.