Berlin: At the Aachen Colloquium on Automobile and Engine Technology (October 7 to 9, 2019), IAV showcases the latest developments in the areas of powertrains, artificial intelligence, battery technology and electrolysis, under the motto “Towards CO2-neutral mobility by 2050”. The company presents a paper to show that diesel hybrids, when combined with innovative exhaust gas aftertreatment, are capable of fulfilling even the strictest standards going beyond EU6d.

Artificial intelligence (AI) is playing an increasingly important role in motor vehicles, as in the context of autonomous driving. But it is also particularly significant in engineering, as shown by IAV in Aachen. A new AI-based tool is to make it possible to detect sub-optimum engine states at a very early point. Predicting component failure in this way allows for early countermeasures to be taken. The solution consists in an autoencoder comprising two sequential neural networks. The network configuration registers the key information from reference data by initially reducing the number of dimensions in the state space and then restoring the original size again. The resulting reconstruction error indicates how far the system has deviated from its optimum state.

Autoencoders have already been successfully tested by IAV for error detection. During test runs, the AI method revealed signs of problems that were occurring in the vehicle in addition to the faults deliberately triggered for testing. It is thus quick and easy to see whether a test run can be carried out as planned. “This is a means of making the vehicle development process more efficient”, says Matthias Schultalbers, Senior Vice President of Powertrain Mechatronics and Digitization at IAV. “Autoencoders also make sense for troubleshooting at the test bench”. In future they can be used in volume-produced vehicles for diagnostics, among others. The innovative approach has been adapted by IAV’s AI expert team, with several dozen data scientists working at how artificial intelligence methods can be used as development tools and put in mass-produced vehicles as functional components.

In his paper on the “Contribution of LV-diesel MHEV and novel EAT systems in the context of future post-EU6 RDE and CO2 requirements”, Dr. Frank Bunar, Senior Technical Consultant for the system integration of exhaust gas aftertreatment in diesel-engined passenger cars at IAV, presents the results for model-based simulation of a diesel hybrid combined with innovative exhaust gas aftertreatment. The starting point is a standard D-segment vehicle. Together with a three-stage exhaust aftertreatment system consisting of a heated DOC and various combinations of SDPF, SCR and ASC, various hybrid topologies reduce nitrogen oxide emissions across the entire speed range under review to well below 40 milligram NOx per kilometer. This is less than half of the current EU6d limit value. Considerable advantages are expected from slight electrification of the diesel powertrain, especially for the demanding urban cycle, which is of key significance for inner-city air quality.

In addition to a demonstration vehicle with simple 10-kW P0 hybrid element and an innovative high-power exhaust gas aftertreatment system, at the Aachen Colloquium IAV is also showing a driving simulator that offers a direct hands-on experience of the various mild hybrid topologies and hybridization levels in terms of emissions. As well as meeting the requirements of the current EU6 RDE standard, emissions are brought down to less than 40 milligram NOx per kilometer across a wide speed range.

The battery plays a crucial role in the success of electric vehicles. Manufacturers therefore want to increase energy density on the system level from currently about 330 to 350 watt-hours per liter to 500 watt-hours per liter, while significantly reducing the production costs at the same time. To achieve these aims, IAV and renowned partners such as thyssenkrupp AG, the Fraunhofer Society and several OEMs are working on the EMBATT technology (chassis-embedded energy). The sandwich structure of bipolar electrodes eliminates conventional cell and module limits so that the energy storage unit can be integrated in the vehicle chassis. As a result, the share of storage material on the system level is doubled to 80 percent. IAV is presenting the current status of the project in Aachen.

Hydrogen has the potential of becoming the central energy carrier of the future. This makes it all the more important to have efficient, reliable, low-cost electrolyzers for flexible production of the high-energy gas from wind and solar power. IAV has developed a containerized electrolyzer using robust, low-cost alkaline electrolysis that is just as dynamic as a PEM electrolyzer. It cushions short-term generation peaks, converting surplus power into hydrogen. A new operating strategy ensures that this takes place in a fully automatic, cost-optimized fashion. With the modular structure, daily maximum hydrogen production of up to 100 kg can be adjusted to the specific requirements, working within a broad range. The basic research and development work was carried out in the context of the ecoPtG research project. The solution is now fully developed and ready for SOP. IAV is also presenting the current status of this project in Aachen. 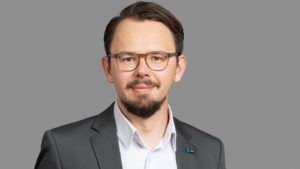