New solar plants and wind turbines, more charging stations for electric cars and heat pumps for homes – the Energiewende is picking up speed. Distribution system operators must adapt their grids. IAV Optera software now supports them in this complex task. The core comes from nature – an optimized variant of the ant algorithm.

Network designs, load flows, route calculation – with IAV Optera's high-performance algorithms, distribution system operators can make their grids fit for the Energiewende. Conveniently as software-as-a-service – efficient, easy to use and in the shortest possible time.

“Electricity network operators have so far been faced with the complex task of building and operating a powerful yet affordable power grid. The Energiewende is making this much more challenging: fluctuating generators and new types of consumers are increasingly pushing grids to their limits,” says Dr. Michael Schollmeyer, who is responsible for the Business Unit Smart Grid at IAV. With IAV Optera, we have developed a powerful software that supports operators in planning, optimizes existing networks and thus significantly reduces investment costs – by up to 20 percent in tests.”

Nature was the inspiration for IAV Optera: When searching for food, ants secrete scents that are used to orient their conspecifics. Shorter distances between the burrow and the food source enable the animals to reach their destination more quickly. This is why they travel along a path more often and leave behind more scents, so that other ants also choose this shorter route. The so-called ant algorithms exploit this concept.

IAV Optera is based on an optimized ant algorithm: The software designs, calculates and compares thousands of network variants for medium-voltage networks. The parameters – for example topology, voltage bands, costs – can be set in advance with just a few clicks. IAV Optera searches for efficient connections, performs load flow calculations, checks fault cases and finds suitable sectioning points in the network. The program also determines routes for underground line cable systems and optimizes the positions of cable fanouts. The highlight: this is all done completely automatically.

Network with our technical experts!

The digital ants learn to distinguish good connections from bad ones. Partial solutions that are found to be good are reinforced and incorporated into the next optimization cycle – the result is continuously improved. “Filtering out the best possible network variants from thousands is a typical optimization task that we solve in many areas of automotive engineering,” says Schollmeyer. IAV has packed this know-how into its new software for the energy industry.

IAV Optera graphically displays the calculated variants. The network planner can compare them, modify them manually and thus design an optimum network structure. Initial tests in regular operation have already been successful at the partner LEW Verteilnetz GmbH (LVN) in Augsburg. Network planner Stephan Fettke: “By automating work steps and offering a high degree of flexibility in parameterization, IAV Optera software offers great potential for efficient and realistic target grid planning based on topographic maps. Our testing of the software shows that it is a very helpful tool in mastering our current planning tasks.”

«At the same time, by testing IAV Optera, we are equipping ourselves to cope with increasing demands from the expansion of renewable energies and electromobility.»

A case from practice: In a rural distribution grid with regional load centers and many solar installations, several lines are already reaching their limits; in addition, the operator forecasts a load increase due to electric vehicles. Ergo: some network areas will be overloaded in many switching states. The operator wants to take countermeasures.

For their target grid study, the planner used various optimization functions from IAV Optera in addition to the current grid analysis: This can be used, for example, to place branch-joint or increase cable cross-sections. Route optimization transforms network designs based on air-line distances into routes along roads. Based on geodata, highways, rivers, railroad lines and nature reserves are avoided or crossings are financially taken into account.

The obvious solution in the case of the rural distribution grid: replace 8.5 kilometers of overloaded lines with new cables and additionally reinforce the substation feeders. IAV Optera proposes an alternative: two new connections in the western service area and a short new line in the southeast. Thanks to IAV Optera, the grid operator thus gets by with only 6.9 kilometers of new lines – and saves 20 percent of the investment costs compared to the intuitive solution.

“The software does everything automatically, but it never replaces the network planner. On the contrary, its many years of expertise enhance IAV Optera’s good results,” emphasizes Schollmeyer. The planner not only defines the input parameters and selects the optimization functions; they also use an editing function to incorporate their detailed knowledge of the network characteristics into the study. 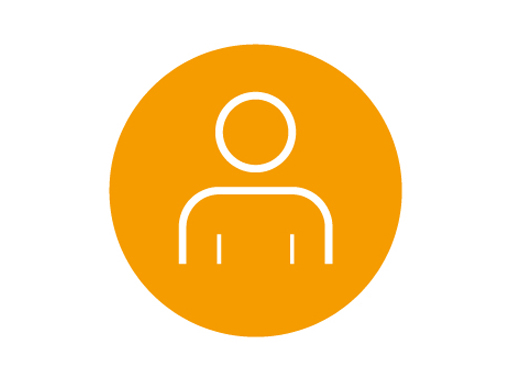 Meaningful relief for your employees

Objectification of your investment decisions

IAV Optera is offered as a software-as-a-service. This eliminates the need for installation and integration into the IT landscape at the distribution system operator. Planners operate the software via a web front end that communicates with the server via an encrypted connection. Its location in Germany and an IT security concept guarantee confidentiality and data security. IAV stores the network data only for the duration of the calculation. Full control over your own data and an optimized distribution grid – IAV Optera achieves both.

Do you have any questions about our topic Energy & Water Management?