Renault honors IAV with the “Supplier Award” in the “Innovation” category 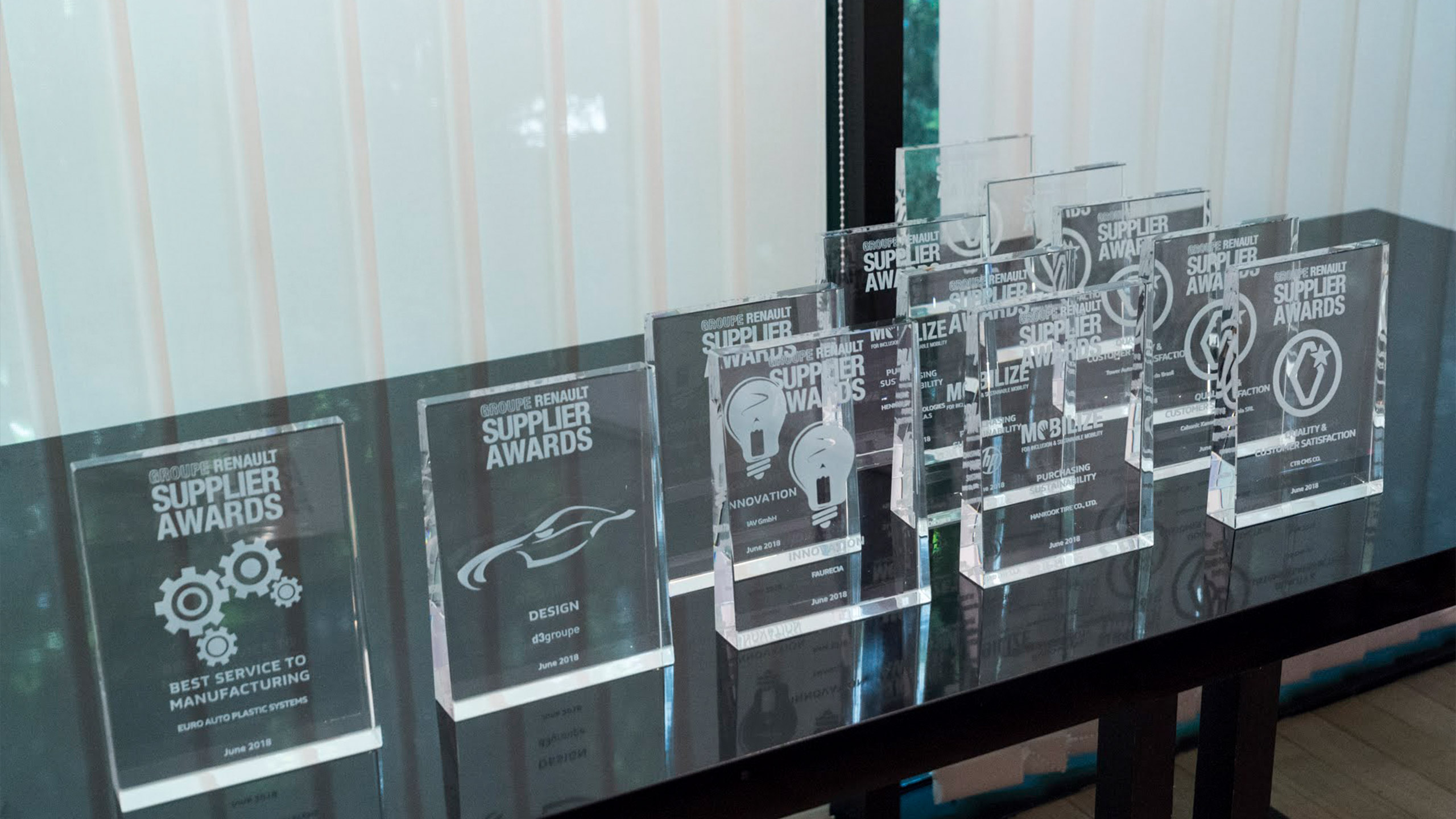 Renault honors IAV as the first automotive development partner with the “Supplier Award” in the “Innovation” category. In this way, the car maker acknowledges the contribution the company has made to the “TraJam” and Brand Vision Concept (BVC) projects with its demo vehicle “Symbioz”. The focus of the projects is on autonomous driving (Level 4). The plan is for Renault to put the results of the joint development into volume production in 2023. Renault’s annual “Supplier Award” acknowledges partner companies that made an outstanding contribution in the previous year. IAV is honored in the “Innovation” category.

Renault and IAV began in 2011. They have been jointly advancing autonomous driving in the “TraJam” project since 2014. IAV’s input into the project has been its many years of expertise in this area, concentrating on the specifications, sensors, user interface and validation of the system. A tangible result of the collaboration is the “Symbioz” demo car emanating from the sister project and displayed to the public in December 2017. Thanks to numerous sensors and IAV’s intelligent algorithms, the Symbioz demo car can transport its passengers on freeways and roads similar to freeways to their destination without human intervention. This entails the almost exclusive deployment of sensors already being used in volume production.

The implementation of the BVC project involved many companies, all able to work with a high degree of autonomy. In the strategically vital field of “autonomous driving”, IAV is Renault’s most important partner – not least because, besides our extensive experience in this field, we as a company have launched numerous drivable prototypes in recent years. “We offer all the expertise on a one-stop shop basis under one roof”, says Olivier Imberdis, Managing Director of IAV France. “Together with Renault, our aim is to begin volume production of the technology presented in the Symbioz demo car by 2023.”

You are a journalist and you have questions?