“Artificial Intelligence” is a Logical Step Toward More Efficiency and Quality”

In January, IAV and the German Research Center for Artificial Intelligence (DFKI) in Kaiserslautern opened their joint FLaP (“learning from test data”) research lab. Five employees are looking at which Artificial Intelligence (AI) analysis methods are suitable for use in the test processes involved in automotive engineering. The focus is on Machine Learning technologies, such as Deep Learning and Time Series Analysis. automotion talked to Matthias Schultalbers (Executive Vice President for Powertrain Mechatronics at IAV) and Prof. Dr. Andreas Dengel (Head of Smart Data and Knowledge Services at the DFKI) to find out why AI is playing an increasingly important role in vehicle development.

An automotive engineering partner and an Artificial Intelligence research center: sounds like an unusual combination at first. Why have you joined forces?

Schultalbers: Because future success will depend on gaining maximum information from data. For years, IAV has been elaborating innovative concepts for special customer requirements, with our strengths lying in the combination of data-based processes with physical background knowledge. In my Powertrain Mechatronics division, we have set up a research center as a new unit to look at the whole issue of digitalization. The focus here is on control engineering, virtual and augmented reality, process automation and tool development. Another key aspect is data science, in other words, evaluating the huge data volumes that we accumulate. We needed a cooperation partner, and the DFKI is the prime address in this field. We have discussed potential projects, and since the beginning of the year we are now jointly running the FLaP (“learning from test data”) research lab.

Dengel: The DFKI is constantly on the lookout for interfaces to the industrial sector, because we are very interested in real problems that emerge in practice. This particular cooperation arrangement gives us an excellent opportunity to combine our findings in the field of Artificial Intelligence with IAV’s special domain knowledge. You can say we are bridging the gap between research and industrial application in the automotive sector. The goal is to establish fundamental findings in the long term, while also developing specific short-term solutions to current problems. The automotive industry in particular produces huge quantities of data, both during the development phase and also later on in operation of test fleets and customer vehicles. Our joint efforts in Kaiserslautern will provide important information for automotive engineering from all these valuable data.

Schultalbers: To give you an idea of the data quantities involved here: modern engine control units have more than 50,000 parameters. In future, neural networks will let them learn autonomously how to set input variables in an optimum way. Time series analysis of engine test data, for example, opens up new approaches to predictive health monitoring, improving the predictability of wear and the need for maintenance. Furthermore, AI has the potential of making control unit calibration more efficient, thus boosting innovation in algorithm development.

IAV has been involved in modeling for some years now. Which new aspects are you and the DFKI looking at?

Schultalbers: We have already achieved a lot in closed-loop and open-loop control of mechatronic systems, making great use of explicit modeling. But in future, implicit modeling will become more important. Deep learning will reveal correlations that a human being would not think of. AI is therefore a logical step towards more efficiency and quality in calibrating control units.

Which projects are you working on at present?

Schultalbers: One example consists in analyzing sensor data and identifying correlations between certain patterns and abnormal vehicle behavior. The data is gathered during test drives with trial fleets, endurance runs on dynamometers or later on in the field. Evaluating them entails many interim steps, such as processing the measured values, or synchronizing sampling processes, before we can interpret the data and draw our conclusions. Take, for example, the impacts of poor fuel on the vehicle. How do you detect coking in the engine? There are no special sensors for this: the problem has to be recognized indirectly. Control units have to be capable of drawing the right conclusions from patterns in the sensor data and the current environmental conditions such as the weather.

Which artificial intelligence methods are used for this?

Dengel: Various approaches are available. Self-learning methods are suitable for analyzing large quantities of data, such as monitored Deep Learning, where the system learns on the basis of known cases, and unsupervised Deep Learning, where it automatically forms clusters from the data. Reinforcement learning is another alternative, where the system autonomously develops a strategy.

Will future control units continue to learn even after delivery?

Dengel: Technically speaking, it is a real possibility for control units to learn during operation, in other words, using experience to train and continuously improve their models. They could be delivered with pre-trained models that then develop individually on the basis of different usage.

Schultalbers: The main issue is to preserve the system characteristics despite the learning process. In this context, we also face a whole set of new questions in terms of validating self-learning models. It’s going to take a while before we reach production maturity here.

What is the position of AI research in Germany compared to other countries? This is a research domain in which China is very ambitious.

Dengel: Yes, that’s right, China’s target is to become the leading AI power in the world in a few years time. They have less regulation and a more open approach to handling data. In addition, China already has huge quantities of data that are being evaluated with AI. This makes it all the more important for companies such as IAV and research institutions like the DFKI to join forces in this field at an early point in time. After all, we are still one of the international leaders in the field.

Will other sectors also be able to use the findings from your joint research lab?

Dengel: That is possible, of course, and it is why we also cultivate intensive contacts with other fields, such as robotics. One future business model, for example, could consist in transferring existing and pre-trained models to other domains. Who knows, in future the internet may offer a model store in addition to the app store. 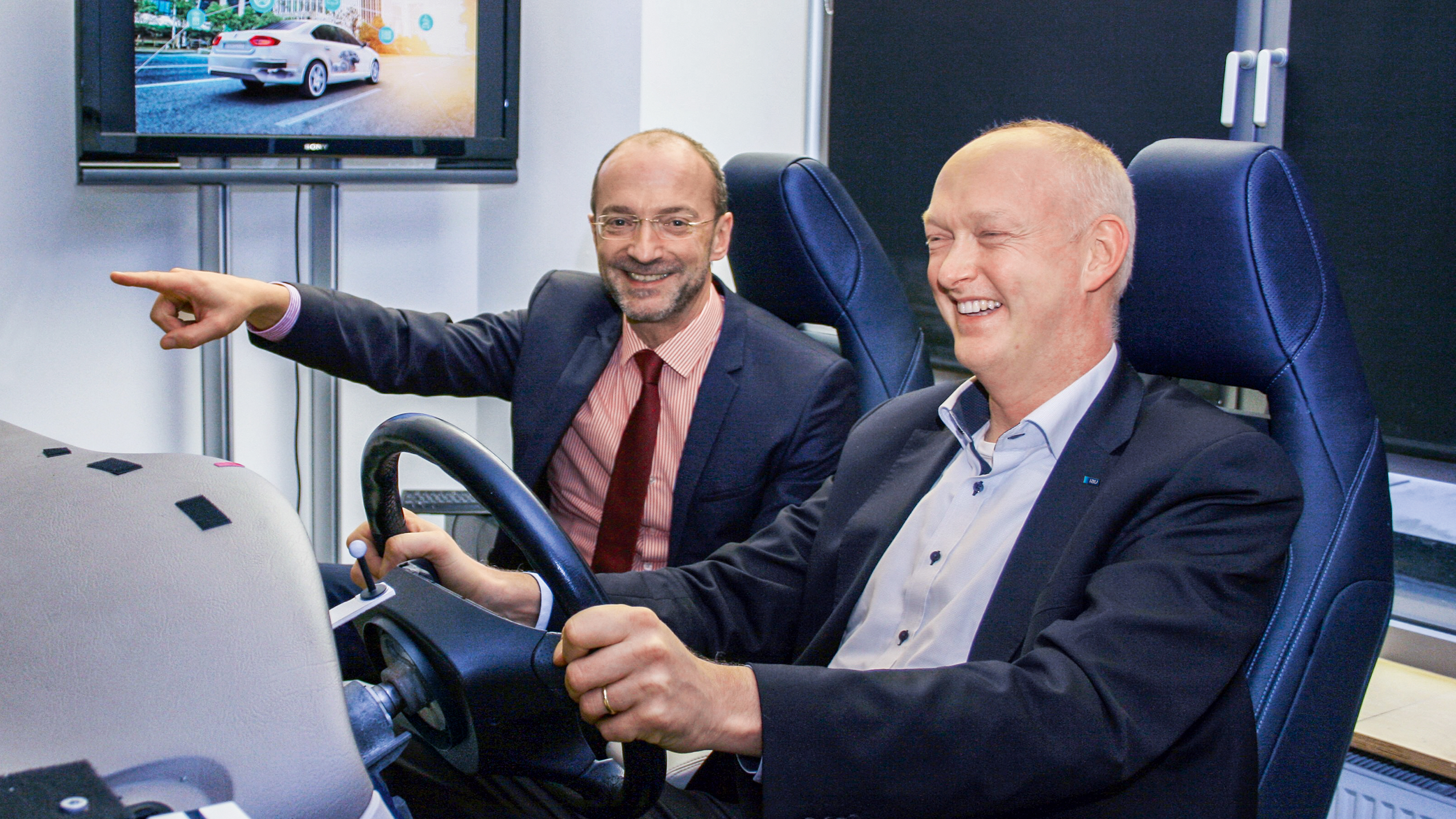